A sturdy scholar who has surprising energy at his age.

A member of the third and least powerful royal line, now 52, Akkar is often called “the Wise” and does most of the heavy-lifting for his leige. He is passionate about Urkesh and strives to do what is best for the city.

Akkar assembled the group and sent them to mostly submerged Temple of Hammurabi, which he suspected to have been occupied by bandits (Episode 101: The Temple of Hammurabi (Part One)). Akkar subsequently sent Silverkin and Zariastra to help.

Since Gulkishar‘s failures in the Red Lion war, Akkar has formed a coalition of aristocrats and the military seeking a change from their absolute monarchy (Episode 107: Party at Kimah’s Place). He wants and hopes for Gilgamesh’s support.

When Gulkishar and his family were assassinated (at the tail end of Episode 112), Akkar’s men stormed the palace to recover the bodies and stop the chaos that had errupted. Gathering his forces, they fought a brief, difficult battle against Arzan‘s faction before establishing fortifications along their side (south) of Upper Town. Gilgamesh’s wife and four of their children are at their estate with his remaining soldiers (Episode 113). Akkar advised Gilgamesh to stay out of the conflict, but hoped he would pledge his troops to his cause. 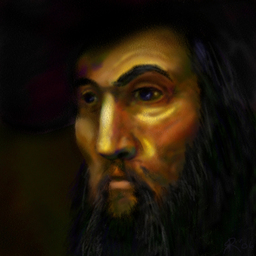