A sturdy man in his 50s, he’s bright and considered wise.

Arzan Umman is the most important religious figure in Urkesh. He, along with the king, surpervises the important (annual) Ritual of the Bull. Foostus is a member of his family, while Siduri hails from the Essur family.

After the events of the Red Lion War, Arzan formed a coalition of bureaucratic families (all except the military and arcane branches) who support a ruling council, moving away from the current absolute monarchy (Episode 107: Party at Kimah’s Place).

With Gulkishar‘s assassination (Episode 112), Arzan’s faction bought up the bulk of the mercenaries in Urkesh and fought a brief, pitched battle against Akkar’s faction before settling in and fortifying their part (north) of Upper Town. Arzan, Akkar, and Ishkibal have agreed only that the temple areas are sacrosanct and not to be involved in their conflict. 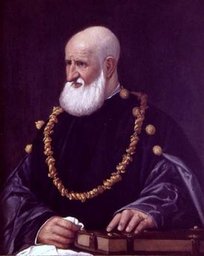