Head of the Kimah Family

A tall, powerfully built woman in her early 40s with keen eyes.

Siduri has a long talk with her in Episode 107, where she’s told that the family is interested in her, there was no conversation at a Low Town bar for Sejanus to overhear. Ashala admits to Kimah’s presence in the Temple of Hammurabi, saying she was unhappy with the operation, but that they were interested in what might remain in the temple and could not enter it openly.

Siduri sends word of Sejanus’ treachery in Episode 110, and subsequently the family gives her a tip (Episode 111) as to Kara’s whereabouts. Siduri visits her (Episode 113) to learn more about Acacia’s Uncle Shad and in the bargain learns more about Ishkibal, who Ashala describes as a very useful leader to have for all involved because he represents no real threat, yet cannot be ignored as one. 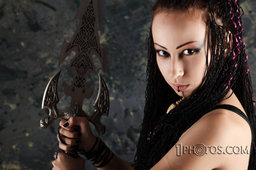