Leader of the Dispossessed

A firebrand in his early 30s.

A former city labourer who fled into the Kharsannu forest seeking freedom. He rose to become leader of the dispossessed and had a good relationship with Taran and his Red Lions. He hide from the companions when they passed through in Episode 103: The Red Lions, but came to Urkesh after the events of the Red Lion War (Episode 106: War (Part Two)) hoping to make contact with Gilgamesh to, if not earn his support, at least be permitted to speak to the people without being arrested an executed. He currently resides in a hovel in Low Town.

Ishkibal was invited to the Kimah party (Episode 107: Party at Kimah’s Place) where he tried to elicit support for his democratic platform. He received received support from the Arcanists and claims to have the support of at least one of the merchant families.

After Gulkishar’s assassination (Episode 112), supporters of Ishkibal seize a third of Lower Town (as well as the east gate) where they want to begin to put his democratic ideals into practice. A dragonborn arena fighter named Vharkus runs the area and controls much of what transpires there.

Ishkibal speaks to Siduri and Acacia (Episode 113) about the disapperance of Uncle Shad (about which he knows nothing), but he’s more concerned with the growing case of violent madness seizing ordinary citizens. He makes a point of telling them that the only reason they didn’t hear about it before while in Upper Town is that it’s only affecting “ordinary people” thus far. 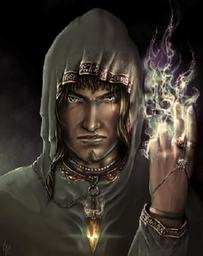