Sister to King Gulkishar and Gilgamesh

A beautiful woman who is nearly 40. She defines Urkeshi fashion and style.

Gulkishar‘s younger sister and Gilgamesh’s older sister, Lilith has always enjoyed the luxuries of her station. She loves riches and trinkets, parties and lovers.

Lilith sent a personal invite to Krivv (Episode 107: Party at Kimah’s Place), desiring a romantic evening. In the midst of passions Krivv noticed that Lilith wore a golden key around her neck that was virtually identical to the Silver Key the group discovered (Episode 102: The Temple of Hammurabi (Part Two)). The night did not end well and Krivv was removed from the palace by royal guards.

Lilith disappeared at the time of Gulkishar’s assassination (Episode 112). No one knows if she was killed and her body hasn’t been found, if she was captured, or if she escaped (Episode 113). 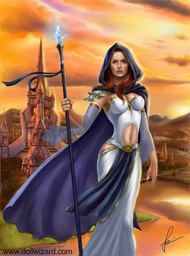