Siduri was born in the city state of Urkesh to a family that had served the temple of the goddess Inanna for generations, stretching as far back as records exist. Like all children who show any sign of talent, Siduri was taken from her family at the age of 5 to be raised in the temple; however, due to her revered status as a minotaur, she was able to spend more time at her studies than scrubbing floors and beating tapestries. She showed an aptitude for history and a deep affinity for the ancient runes found in Inanna’s oldest scriptures.

At the age of 10, Siduri began her formal service as a novice acolyte and was apprenticed to one of the temple’s few remaning runepriests (within the Essur family under their leader Vauldra). At the age of 15, she used her first rune in a combat situation (against bandits) while accompanying the priests of Inanna to sanctify fields for the coming growing season. At the age of 20, Siduri was named to the role of first acolyte in the service of Inanna. For the past 5 years, she has ventured forth when required to respond to petitioners begging for help against the Lizard Men and vagrants who plague their villages.

Entirely dedicated to the priest-king — and, of course, the will of her goddess — Siduri has been tasked with venturing forth into the world, wielding the goddess’s power and bringing light to Urkesh. 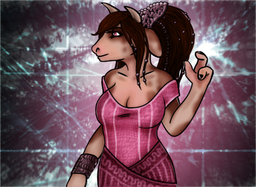