Prior to Episode 107: Party at Kimah’s Place, the Savian family hired Acacia to find Silverkin, whose has not been seen since. Acacia has learned the rogue liked to party and was in serious debt, but nothing further. Acacia asked her family for information about him in Episode 110, to no avail. 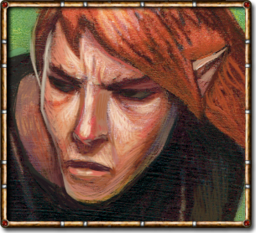