Acacia's merchant contact who has helped fund her expeditions

A large, male minotaur of few words. His real name is Goeban Daku, a member of the banking merchant family.

Acacia‘s original contact was a human named Jacob (a member of the Daku bureaucratic family in charge of banking), but with his passing his friend Taurion replaced him. Acacia calls him Taurion (Elvish for giant) without bothering to discover his true name. Taurion sent Acacia on a mission to find kernig root (Episode 103: The Red Lions), for which she earned 50 gold pieces. Subsequently he’s arranged to set up a kernig collecting operation with Acacia as his partner (just prior to Episode 107: Party at Kimah’s Place), which, by the time of Episode 109, is moving along quite nicely.

The party quite accidentally comes together to first understand the madness in the city and then trace its roots back to Taurion who was using a process to turn the plant into a dangerous drug (Episodes 113-14). Taurion is captured and Acacia now plans to take him to Ishkibal. 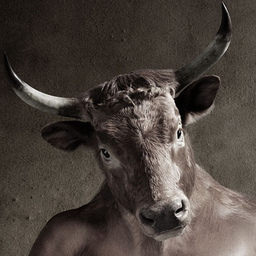