A fragment of an ancient ritual (now destroyed)

A fragment of an ancient ritual, found amongst the heap of archival items abandoned in Hammurabi’s flooded temple. The text goes back to the earliest days of Urkesh. 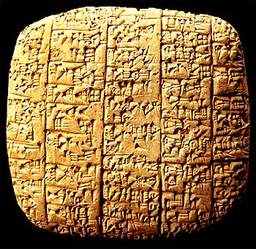